With a long-head’s up, the campaign’s daily countdown graphics became more and more widely shared every day.

Memeographs was one of the original organizing forces behind the spring 2013 March 4 Marriage campaign. March 4 Marriage began as a grassroots call-to-action to demonstrate in front of the Supreme Court as attorneys presented oral arguments on Defense of Marriage act and California’s and Prop 8.

Marriage equality opponents were quick to announced their intention to demonstrate at the Supreme Court. But major LGBT advocacy organizations showed an early reticence to organize a counter-protest. Sensing a lost opportunity for public education and media event, Jeremy Hooper of GoodAsYou.org responded by inviting Memeographs and New Organizing Institute principals into creating a grassroots event at the High Court.

Eventually, the action was adopted by the major groups, and acquired the branding United for Marriage. (March 4 Marriage was a riff on opponents “March for Marriage” branding.) The official Facebook page grew to 20,000+ fans and an affiliated organized campaign, Light The Way to Justice organized 150 local demonstrations, successfully recruiting groups in all 50 states. This is the first such time LGBT rights movement had achieved a 50-state saturation on a single issue or event.

During this period, news came fast and furious as Senators signed on to DOMA repeal and many opinion leaders spoke out,
like Madame Secretary Hillary Clinton and her husband. This kept the March 4 Marriage page lively by feeding regular pieces of news, memes and infographics of interest to marriage equality supporters. Many “went viral,” and their distribution helped spread news of the imminent demonstration event.

Turnout for the event was tremendous and momentum the campaign continued to fuel momentum for a follow-up event when the decision was announced in June. 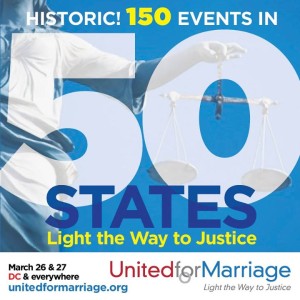 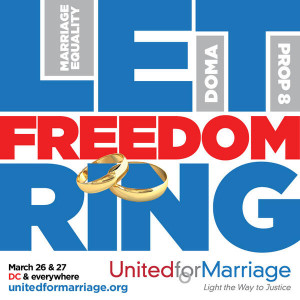 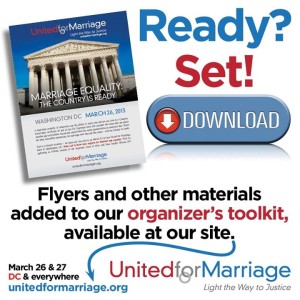 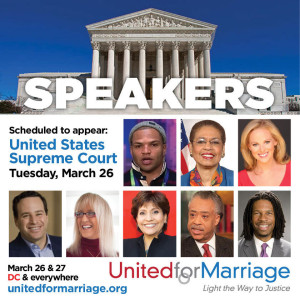 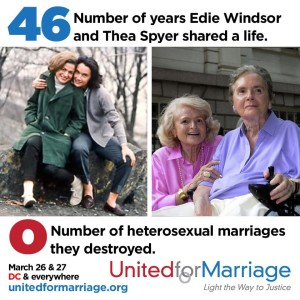 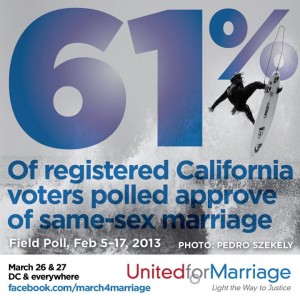 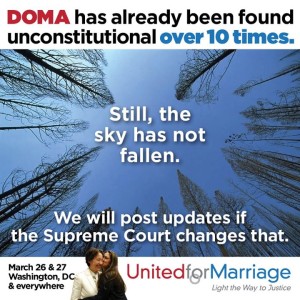 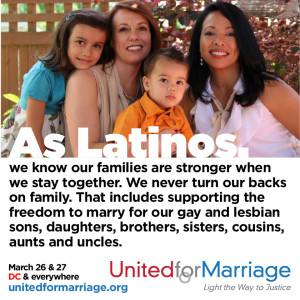 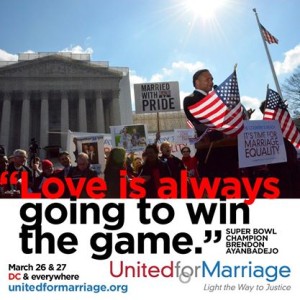 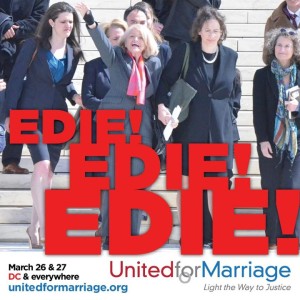 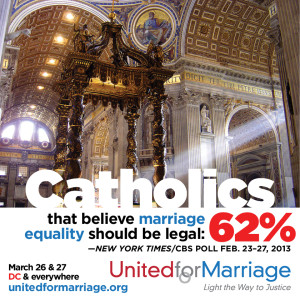 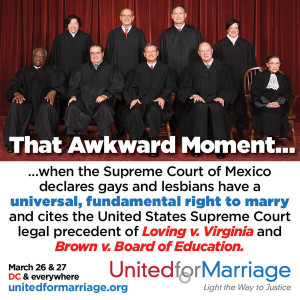 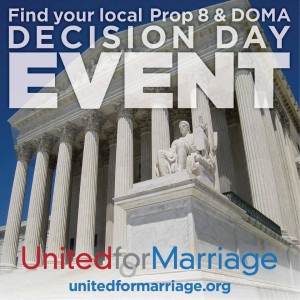 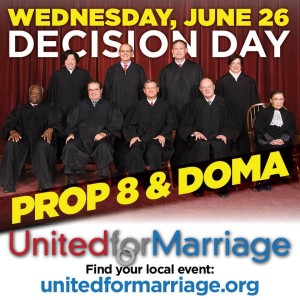